Having a fruit garden - it is such a wonder but such a curse at the same time. The wonder consists in enjoying your own production. The curse is that each type of tree produces all their fruits at the same time. Especially, if you happen to have a big fruit tree (apple, pear, plum trees), you will end up with something like this: 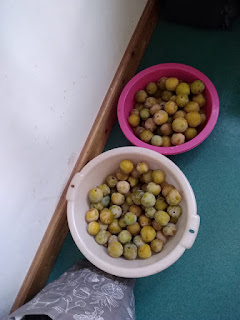 Greengages! 6 kilos of them and it is just the beginning of the season. I am not a dessert person. Spoiling my family, where diabetic exists, with jams and sweet preparations would be just a criminal offence.

Let's be clever and satisfy everybody with a new recipe! In French cuisine, we mix pears with blue cheese. Now is time for the greengages to replace the pears. They basically belong to the same category - sweet fruits. The only difference is in their consistency. The pear keep its texture while cooking and will not get acid. As long as we manage the amount of water exuded and the acidity produced by the greengage, we can do something good. 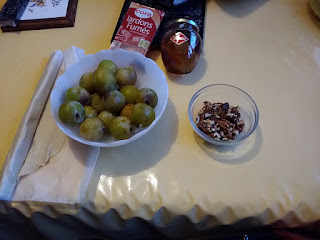 Unroll the dough in a plate. Pour the flour on it in an even way (that will absorb the greengage juice during cooking).

Slice the greengage into halves. Remove the plum stone and put the half plums on the dough, with the skin on the top. Add the walnuts. 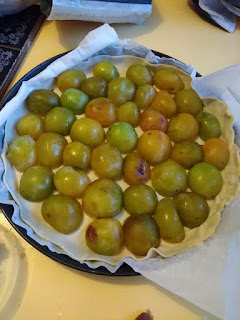 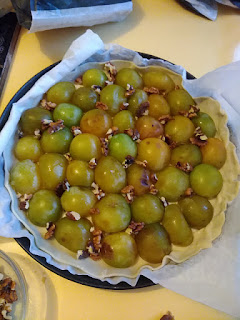 Cook in the oven for 5 to 10 minutes. When the texture of the greengage starts to change, add the bacon. Leave it for 5 minutes more. 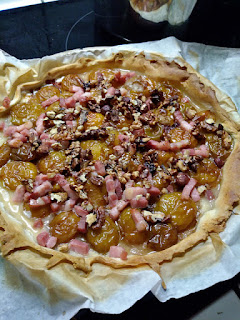 When the greengage and the bacon start to have a slightly golden colour, add the blue cheese, leave it for 5 more minutes (or just enough so that it gets crusty on the top). 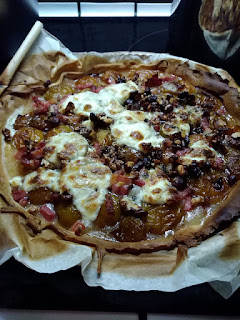 If your plums are very sour, I suggest adding one or two teaspoons of bicarbonate, which will not make the pie saltier and it will lower down the acid. Another alternative can be to use honey. 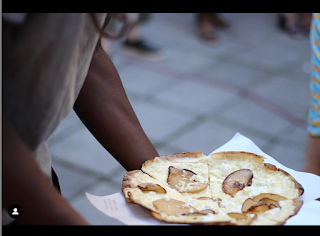 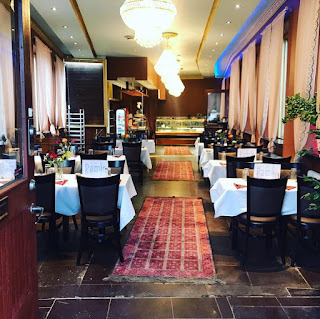 The top 3 exotic food in Uppsala

I am Foxy an Uppsalian citizen. I have a traditional old Frenchy inspiration, and fine tuned sense of smell and taste. I have one obsession: Live to eat and not eat to live.
email: food@uppsala.ai